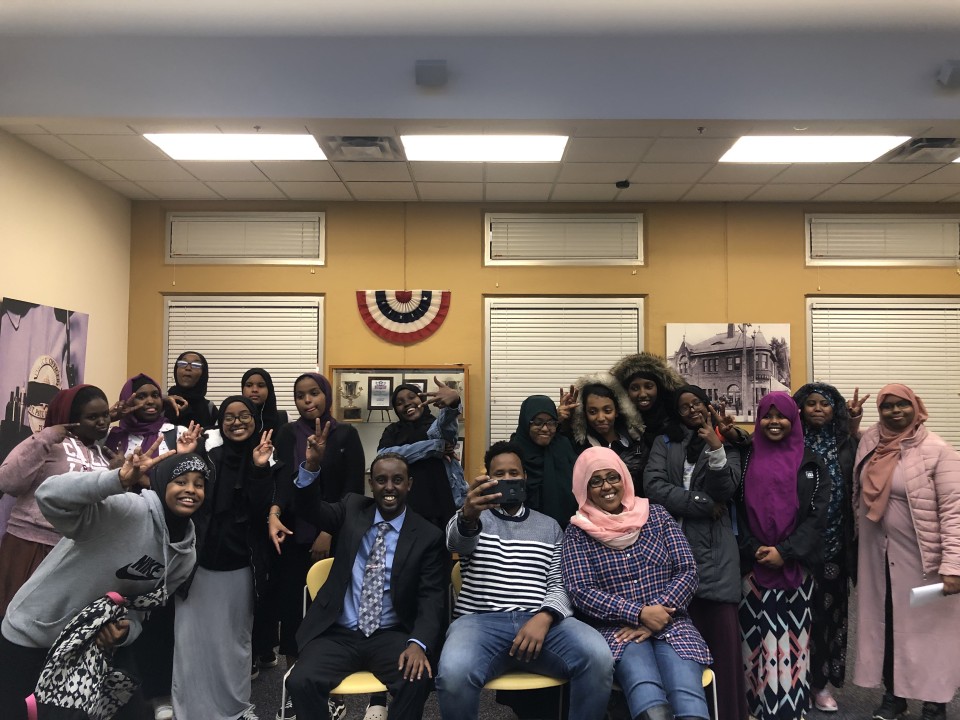 Average Mohamed Organization is widely accepted by research done by University of Southern California, Rand Corporation, Institute for Strategic Dialogue and UNDP as effective means to do work against Extremist. Visit www.averagemohamed.com if you wish to confirm it. Awarded National Prestige as 2018 Citizen Diplomat of the Year. Free Press, vanguard of information globally spread our ideas. Al Qaeda, ISIS and Al Shabab have noticed our works sent us multiple death threats. The good news is they could find nothing un-Islamic about our ideas countering them. That is what scared them the most. They don’t fear our bombs, they willingly die. They don’t fear jails they know they will recruit. What they fear is an Average Mohamed who can convince the next generation from joining them. Our mantra at Average Mohamed is “It takes an Idea to Defeat an Idea”.

There is a reason why Gallup Global polling has the America as the least favored country in the Muslim world. It is not that the extremist world view is universally accepted by Muslims. I say it is because we have spent billions talking at Muslims and not talking to Muslims. We have failed to reach the streets in the Muslim world. The reason for our success in reaching millions of Muslims with the least of resources is simple. We are Muslims, we come from the culture and we are born of the tribes. We understand intricately how to talk to Muslims. Our principled mission goals helped. Islam is peace respect it, Promoting democracy in values, ideals and works. Democracy we seek for Muslims across the world. We are anti-extremist. We fight hate be it Antisemitism, Islamophobia, Homophobia, Antichristian and Racism. We speak to Muslims in ways they can accept our ideas. Muslims buy into them because our ideas based on their own values. We evolve minds towards a revolution of empowered Muslims globally that is secular democratic in form at peace with the world by being against the extremists. A worthy hard to do cause and we achieved success. We are accepted as conveyors of ideas by Muslims.

Being an American helped me to activism. As an immigrant I have been taught most of these values by natives. That our society is free. Everyone imbued with inalienable rights, freedoms and liberties. That America throughout its history has adapted. A nation started by founding fathers with ideas of a people led government in an age of monarchs. Some of those founding fathers of America owned blacks as slaves . In time America adapted and elected a Blackman president twice. America opened its doors to all humanity and gave them the same rights as would any other Americans without exceptions. I am among the lucky humanity. Americans as a people majority do not care about sexuality, race, religion, national origin or any other marker. To me living in America, has meant to appreciate that America is freedom itself. Because in America thanks to democracy the enterprise of human dignity and freedom is an expanding process. Here in America I learned living in rights and freedoms most in Muslim world do not have but need. Why we passionately believe these democratic ideals needs to be exported by teaching it to Muslims across the world. Democracy works better for people compared to communism, theocracy or dictatorships.

What stops us is Systemic barriers. Muslims seen as threats by a single government institution. Micro-management and control of Muslims under National Security Paranoia. I love the State Department, DHS, DOJ, CIA and Pentagon. They empower Muslims like us. They get it, they want our help. They want what is successful and what they can get behind to humanities success. What is happening is we are being stopped to be at the table meaning we are on the menu. Politely asking for equal opportunity in getting resources and ability to build networks protected and empowered. Adapt once more America. Trust us American Muslims. Empower us American Muslims. We love America to defend it. We are already your frontline. Ask Al Qaeda, ISIS and Al Shabab what they think of us at Average Mohamed Organization if you have any doubts.