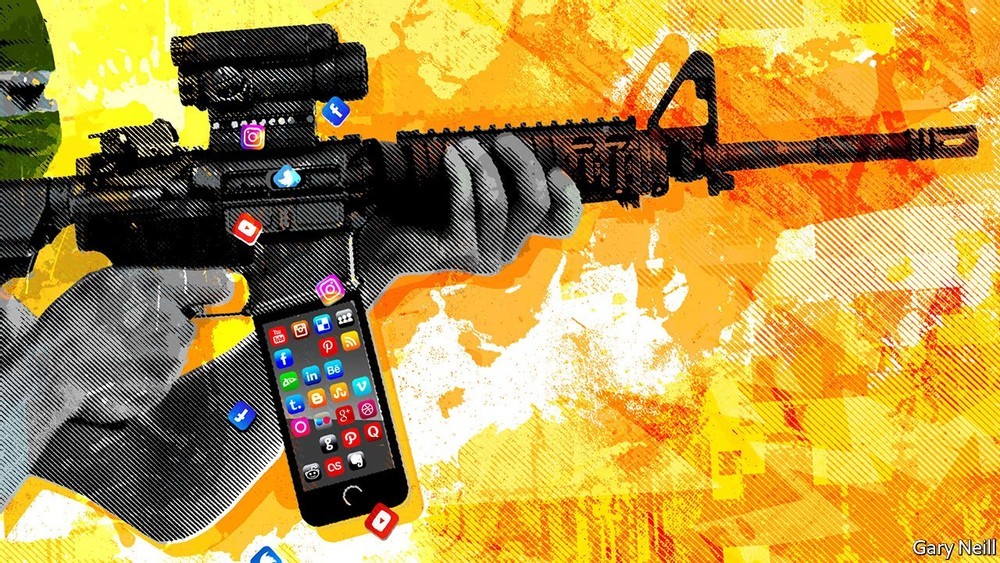 Back to square one some say. I am no expert in this relationship between Taliban and Afghanistan or with any other terrorist organizations, but we are experts in their messaging appeal.

What we worry about you should too.

What do we worry about?

Our kids leaving our democracies again to join terrorists because Afghanistan is becoming a safe haven. The messages coming out of Afghanistan are equivalent to a seismic event such as the September 11th attacks. It creates a globalized appeal to our youths that their terrorist path is successful and democracies can be defeated. A path that others right now in your cities, states and countries can join in on. In 2014 when we started the Average Mohamed Organization, some Muslim parents were hiding their kids’ passports out of fear. They were afraid of where their kids may go or what they may do. On the internet there has been an avalanche of messaging this year on all sides of the extremist spectrum. A whole new generation of the internet is exposed to these messages.

Who stands to fight these messages?

Average Mohamed Organization for one. We started in 2014 creating cartoon messages for the internet and having face to face conversations with our kids.

We believe it takes an idea to defeat an idea. We can and have convinced our kids that democracy is the way, not a theocracy of power hungry blood thirsty men who will use our kids as common cannon fodder to subjugate our Muslim people. The democracy we teach serves our needs better than their form of theocratic government by using ideas presented in an acceptable manner, and folks can buy into it if they choose.

What limits us at Average Mohamed Organization from reaching Muslim kids in the world is resources and lack of equal opportunity. We talk to Muslims kids globally, not at them. We always speak in truths. We are considered “Tipping Point Connectors” folks trusted by people, especially kids who are jaded by the current world and are curious to explore humanity.

We Muslims have the most to lose, hence our determined effort to win this war. What we need from Uncle Sam, our Government, is equal opportunity and access to resources to help deliver our kids from extremism globally. Our success culminated in getting nominated as Citizen Diplomat of the Year by the State Department 2020 for works we have done in this sphere of Public Diplomacy. administrations. In 2014, when Islamic State called itself a State, over 40,000 foreign nationals left every country in the world to join them as combatants, including Americans. Today the Taliban call themselves a State. We worry what comes next for us here in America and across the world. We have hope because we are proudly Americans. America is the best because it adapts to any situation. We urge our democratic government to adapt. This is why we started the Average Mohamed Organization to begin with. Our sole goal is to secure our democracies and republics.

Having spoken to over a thousand clergy, activists, government officials, women leaders and activists, we have come across Muslim-led innovative ideas and programs across the world. One thing we all share is a sheer lack of resources and unequal opportunity. War alone has failed. Yet we put all our eggs into war, means, and surveillance and forget the important role of soft power. Citizen to Citizen public diplomacy. Take for example with one of our cartoon message on social media, the cost is 3 cents to reach a Muslim kid with our messages. The cost of a bullet is 80 cents, which means you can reach 26 kids with an anti-extremism message. The opportunity cost alone is worth it. We are done waiting we are asking publicly now for the sake of our democracies and republics politely.

It requires congress to fund our venerable State Department Programs and DHS to go out and engage the Muslim world advocates, activists, clergy, women leaders through this prism of equal opportunity and access to resources. The Biden administration understands this better than the last three. We have hope because we are proudly Americans. America is the best because it adapts to any situation for the viability of our republic and democracy. Adapt we urge our democratic government. We are an organization whose sole purpose is to protect our democracies and republics. We Muslims want to win this war. For that we Muslims need you Uncle Sam to be with us on this effort. Words alone cannot do it, action of equal opportunity and resources speaks louder for all our efforts to defeat the terrorist messaging. Time to diversify your arsenal of democracy, put us Muslims in open your doors we are knocking on them formally and informally. We all have work to do.